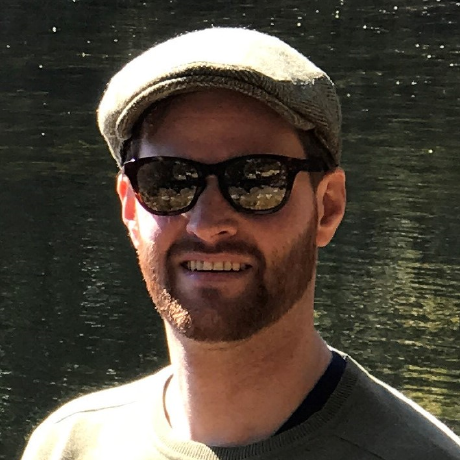 Loosely based on Karl Marx and Friedrich Engels (1848): The Communist Manifesto. Personal translation: “A spectre is haunting Minnowbrook – the spectre of advocacy-as-science. Scientists of all countries, unite!”

On the weekend 17-20 August 2018, I was fortunate to join a small group of public administration scholars for the 50th Anniversary of the Minnowbrook Conference in the Adirondack State Park in upstate New York. Before I start to share some of my personal – and very subjective – experiences, I would like to express my gratitude for being invited and my sincere kudos to Tina Nabatchi and her team for organizing the Conference and her superb leadership during the event! It was one of the most inspiring and fun events I attended thoughout my professional career.

After a road trip through NY state, we arrived at the Minnowbrook Conference Center on Friday, right when the Welcome Reception was about to start. Tina Nabatchi and Julia Carboni welcomed us warmly, followed by a joint dinner and first drinks.

The next morning, I went out at 6.30am to kayak before breakfast. In the middle of Blue Mountain Lake, I felt more like being send to camp at Dawson’s Creek than being at an academic retreat. An amazing place. At 9.30am, we all convened to start to map out the topics we would like to discuss during the next days. On the basis of short concept papers that each of us wrote before the conference (my concept paper can be found here), Tina and colleagues identified common themes which we refined in the lodge the night before. Topics that came up included, but were not limited to, the diminishing relevance of public administration, public values and democracy, methods and the role of micro-, meso- and macro-level public administration, the integration of public administration scholarship with practice, social equity, and the role of public values for democracy. We spent the first half of Saturday discussing how to approach these themes, and whether they indeed represent the pressing topics public administration is facing to date. It was a very tiring debate, but in the end we decided to meet in small groups grouped around particular themes. This went much better. Our group discussed the relationship between micro-, meso- and macro-level public administration scholarship and we had some interesting debates.

These groups where good to get us to start thinking about what we believe are important themes in public administration scholarship, but I couldn’t help but thinking that they also seemed to represent small intellectual enclaves with people naturally self-selecting into groups with like-minded views (including myself). I would have loved to have more intellectual confrontations and open discussions within – and across - these groups. When I started to make the first controversial remarks about methods in the first meeting of our group, we switched the topic, or a senior colleague established what the norm should be. But the day was not finished.

After dinner, many of us gathered for drinks and some of the discussions that came up during the day were picked up again. At this point, I was not fully aware of what turned out to be – at least to me – the defining divide in Minnowbrook: The interpretation of what it means to be relevant for public administration scholarship.

Let me get back a few hours. One of the remarks made during the plenary session on Saturday was that public administration scholars are seldom at the table when important policy decisions are made. This let some colleagues to argue that this is so because – we as scholars – do not speak out against societal injustice. It was discussed to draft a common statement (the so-called pithy and profound statement (PPS)) addressing the societal injustices that we – as scholars – have fallen short of. As a person, I agree with these concerns, but in my identity as a scholar I don’t. Do I, as a scholar, have to engage in normative advocacy? Indeed, there is an American tradition in normative scholarship and great insights have come out of this tradition. My criticism does not concern this tradition, but that I am uncomfortable with engaging in advocacy in my professional capacity as a professor. Next to teaching, I – naively – understand my role as a public administration scholar in generating ideas and producing knowledge in the form of evidence through the scientific method.

I recall a particularly interesting discussion I had at night that reflects this concern. After I voiced my discomfort with identifying as an advocate, it was mentioned that for public administration scholars our goal should be to improve the lives of others. I agree with this observation – by large. However, I disagree with the way of how to achieve it.

When answering research questions I put my ideological priors aside and let the evidence speak. I also believe that it is my responsibility as a scholar to share this knowledge with the public. But without good evidence, I am not comfortable to make policy suggestions, or to advice public agencies.

This brings me back to the diminishing relevance of public administration as attested by some colleagues. And let me add that in central European countries like the Netherlands, or Denmark, PA scholars are increasingly at the table, receive public funding and are consulted by the media. In these countries, PA is often perceived as a science. If we want to fulfill our obligation in shaping societal affairs, we are in an excellent position to do so through the knowledge we produce. The credibility of our policy advice hinges on the credibility of our research. Relevance in this sense means – to me – studying important questions (which can be normatively chosen) through the appropriate methods and techniques. It is only with credible evidence that we can speak truth to power.

This debate somewhat represents the classical Waldo-Simon debate, but also a more profound positivistic-interpretative divide that seems to continue to haunt our field/discipline. We have touched upon this a few times during the conference indeed, but we did not have an open discussion where we put our normative priors aside. And I don’t want to blame anyone here because I could have also sought this discussion much more directly and in the open. Too often do we feel offended by viewpoints that are in contrast to our own. Only days after Minnowbrook I realized that we may have missed the chance to move the field/discipline further in this respect. But I’m hopeful; we all have been confronted with a diversity of viewpoints. To me, diversity is one of the defining features of the science of admininstration; its not an end state but a process of mutual apprecation and understanding. That’s the spirit of Minnowbrook!

I hope these very subjective reflections are also of interest to those who followed the Minnowbrook from home. I like to continue the discussion with all of you, be it on Twitter, via email, or at conferences!